A state of the art community center! 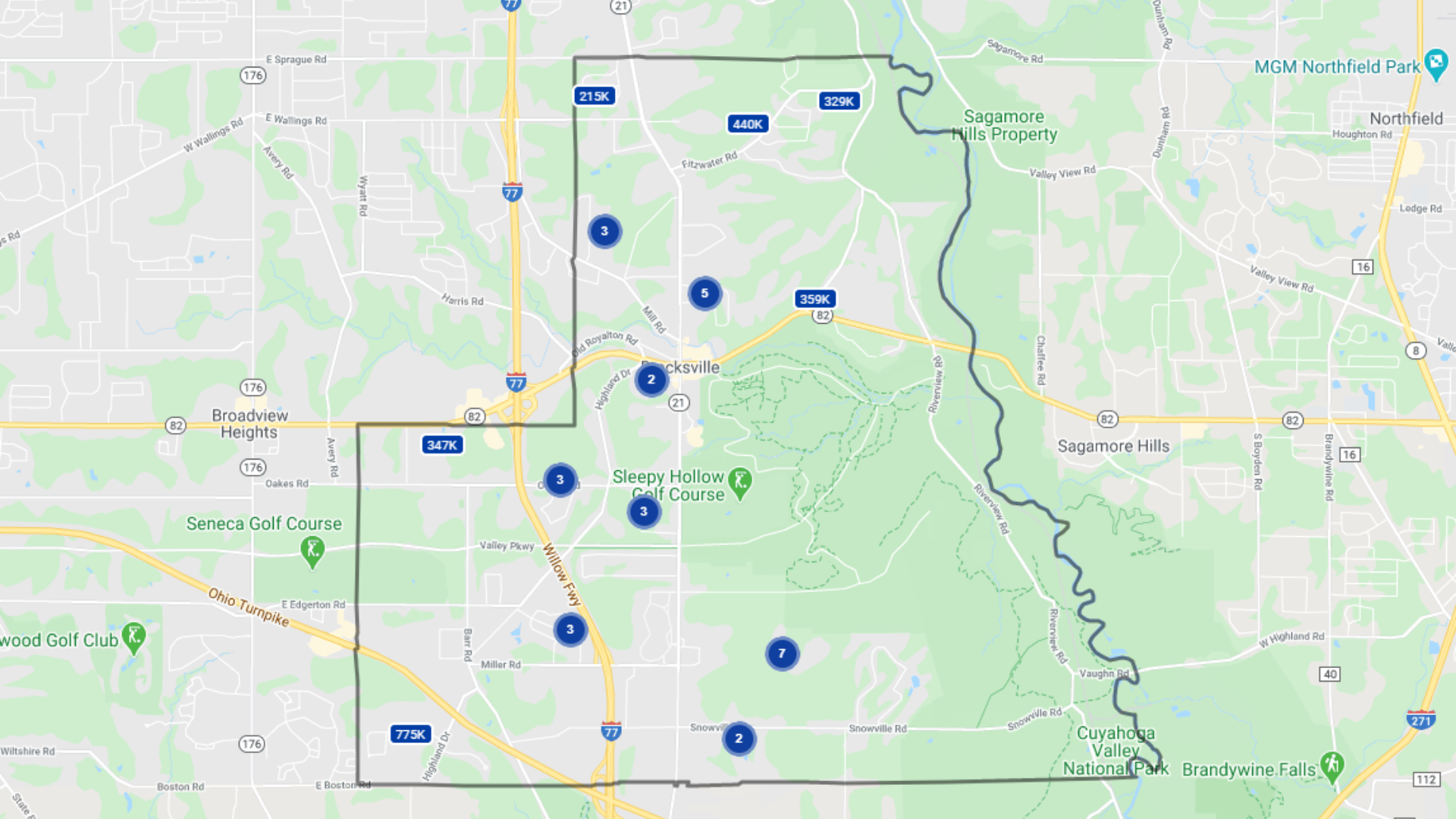 Brecksville is located less than 15 miles south of Cleveland and maintains a small town, almost rural flavor with one third of the city's 20 square miles occupied by the Brecksville Reservation of the Metroparks and the Cuyahoga Valley National Recreation Area. The village of Brecksville was established in 1921 and officially became a city in 1960. Currently there are approximately 13,632 residents. The gazebo pictured here is in downtown Brecksville, and together with churches, small shops and terrific restaurants, they give the city a quaint look and feel.

Some of the restaurants you can enjoy are Austin's Wood Fire Grill, Panera, Sakura, Frankie's Wok and The Courtyard. Stop for dessert at The Honey Hut Ice Cream Shoppe. If you really want to splurge, try the peanut butter fudgie! There are a variety of upscale homes, condominiums and single family homes. The Brecksville-Broadview Heights School System continually receives excellent ratings. Add to that Sleepy Hollow Golf Course, a state of the art recreation center, and public libray and you might say that Brecksville "has it all".

Residents have a variety of nearby transportation options because Brecksville is uniquely located "At The Center Of It All." By car or by connections through downtown Cleveland on the Regional Transit Authority bus and rail lines, one can reach all areas of Cuyahoga County conveniently. State Routes 21 and 82 bisect Brecksville and there is easy access to Interstate Highways I-77, I-480 andI-80, which is the Ohio Turnpike.  Hopkins International Airport is located about fifteen miles from Brecksville.

Residents have access to many cultural attractions such as the world-famous Cleveland Orchestra, The Cleveland Museum of Art, The Great Lakes Science Center and the Rock n’ Roll Hall of Fame and Museum. There are unique shopping areas, and nightlife with dining, outdoor concerts and entertainment in the “Flats” area along the Cuyahoga River. Cleveland’s downtown is a center of activity for all ages and just minutes from Brecksville.

The world-renowned Cleveland Clinic and University Hospitals supplement health care provided by nearby community hospitals and immediate care centers. University hospitals/ER, Metrohealth Hospital/ER and Parma Community General Hospitals serve as emergency care facilities for the residents and visitors who require use of the Fire Department’s ambulances and staff of professional paramedics and EMT’s.

Picturesque as can be!

The town square is alive with color from spring to fall!

This is just one of the entrances to the Metroparks!

Relaxing as can be!

A nice place to rest after a long hike!

A fabulous play area right across from the Community Center!

This is right by the gazebo where you can enjoy outdoor concerts along with The Brecksville Home Days!

Stunning landscaping at the Gazebo!

The city of Brecksville does an outstanding job with the landscaping around the gazebo....every year it's different, but always a gorgeous theme!

Your browser is out of date or unsupported. Some features of this website may not work until you update to a supported browser. More Info

Your browser is not currently supported. We recommend viewing REMAX.com and it's affiliated sites on one of the following browsers: